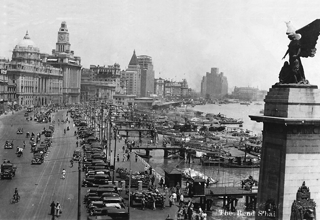 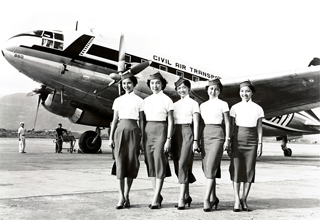 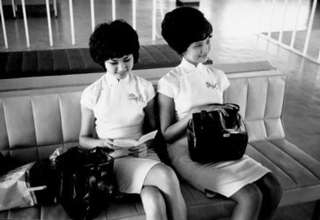 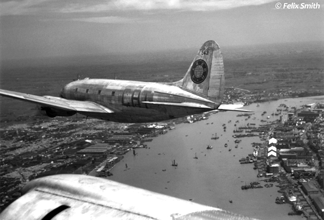 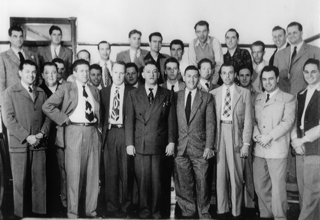 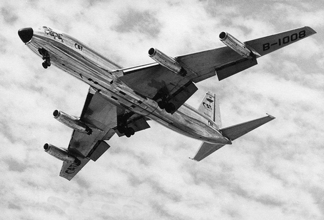 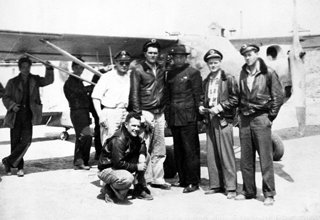 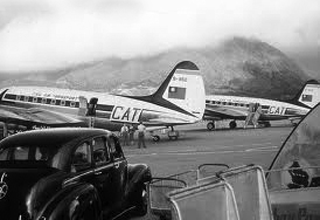 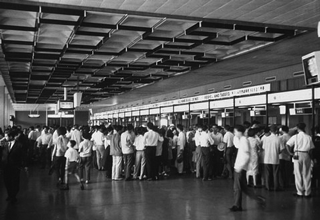 The photographs above are provided by former CAT employees, their families, and the collections at the University of Texas at Dallas.  These photos and more can be found with descriptions in the HISTORY sections of this website.  Please note that all copyrighted photographs on this website can not be used without permission from the owner, so please CONTACT US to submit a request.  Thank you!

The CAT Association is a 501(c)(3) Not-for-Profit Association registered in the state of California.  Our members are veterans of Civil Air Transport and their families and friends. Formed in 1975 and served by volunteer officers, the Association has been operating continuously for over four decades.  We remain dedicated to the preservation of our history while fostering the camaraderie and friendship that reflects the spirit of CAT.  Three generations of “CATers” are drawn to our annual reunions.  We begin the celebrations with moments of silence to recall the price of glory.  More than 200 fellow employees died in action. The bones of our Missing In Action lie in unknown mountains and jungles.

John Hill, Curator of the San Francisco Airport Museum, wrote, “Unique among the airlines of the world, Civil Air Transport (CAT) operated against a backdrop of great political transition in China and throughout Asia from its formation in 1946 to its demise in 1968. The company and its remarkable personnel were at the center of much of the region’s major historical events as they boldly defined the power and influence of air transport in the post-WWII era.”

We were a cohesive Sino American operation.  Dr. Wang Wen-san (Ph.D., Columbia) was Chairman of the Board.  Y.L. Wang (B.A. Economics, University of Wisconsin and Ph.D., Columbia) was our first comptroller. Some of our pilots and mechanics came from the Chinese Air Force and China National Aviation Corporation (CNAC).  All of us were inspired by the leadership of General Claire Lee Chennault, Whiting Willauer, and Chennault’s Flying Tigers who were the first American aces of WWII. CAT’s footprints are widespread.  The manufacturing might of Taiyuan, capital of Shensi Province, with the heroism of its defenders, enabled an orderly withdrawal to the seat of the anti-Communist Chinese Government on Taiwan.  Marshall Yen Hsi-shan, governor of the province became the Premier of Free China during the transition.  Yen Hsi-shan said, “Without CAT we would be unable to continue our defense of Taiyuan.”

General Barr, U.S. Military observer and Chief of The American Military Group (AMG) said, “The morale and efficiency of CAT are so good, I don’t see how it is possible in view of the style of emergency existing over the past two years.”

William Casey, Director, Central Intelligence Agency, called us “Secret soldiers of the Cold War.”  James Glerum, CIA Paramilitary Case Officer — Special Activities Division — wrote, “…we routinely asked them to undertake missions that we could not conduct ourselves, and to hardship and hazards we have only rarely asked our own people to face.”

The CAT – Air America – Air Asia complex closed down in 1975,  the longest-lasting and most successful CIA proprietary in American history, yet the only one which had cost the U.S. Government nothing.  As a matter of fact, it provided more than $23 million, which had been earned in sunlight.

Due to the high costs of printing and postage, the Bulletin has been delivered electronically via an eNewsletter to as many members as possible. Members without e-mail addresses on file and members who have requested printed copies will continue to receive Bulletins by mail.
However, the next few issues (2021-2022) will be delivered by mail to all members.  Please contact us at catassociation@gmail.com with any questions or concerns.  Thank you!