Sharing and preserving CAT’s unique history through images, documents, memorabilia, and oral and written accounts is an important objective of the CAT Association. We are working to achieve this through our website, exhibitions, library collections – such as the McDermott Library at UTD, and in a full-length documentary film by Klaire and Monte Markham.  The following are upcoming, permanent, and past CAT exhibits, and other exhibitions involving the history of Civil Air Transport (CAT).

The History of Aviation Collection is the official repository for Civil Air Transport (CAT) and Air America. The archive has considerable material about the operations of both airlines. The collection also includes a memorial commemorating the personnel who gave their lives while serving with CAT and Air America.

Shadow Gallery, The Art of Intelligence
At the Southern Museum of Flight in Birmingham, Alabama

The exhibit features 16 fine art reproductions of 18 original paintings that hang at CIA headquarters. Formerly classified historical events, spanning WWII, the Cold War and the War on Terror, are depicted in the artworks. Members can read more about this exhibit in an article by Jeff Bass in the current CAT Bulletin.

The Southern Museum of Flight presents civilian, military, and experimental aircraft and memorabilia from the earliest history of powered flight. The Museum houses over 90 aircraft, as well as engines, models, artifacts, and paintings. In addition, the Southern Museum of Flight is home to the Alabama Aviation Hall of Fame with over 70 biographical plaques presenting Alabama aviation history through collective biography.
The Museum is located on the eastern side of the Birmingham Shuttlesworth International Airport.
Address:  Southern Museum of Flight, 4343  73rd Street North, Birmingham, AL 35206
Museum Hours:  Tuesday – Saturday, 9:30 a.m. – 4:30 p.m.
Website:  www.southernmuseumofflight.org
Telephone:  (205) 833-8226 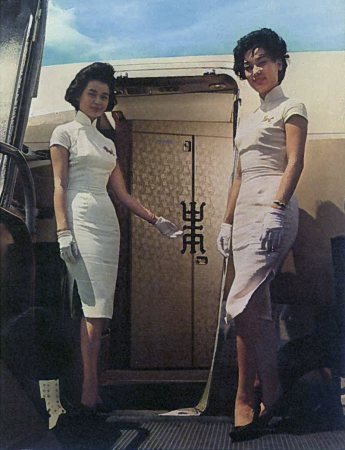 Link to the Exhibit on the SFO Museum Site

Exhibition Location:
San Francisco Airport Commission Aviation Library and Louis A. Turpen Aviation Museum, San Francisco International Airport, International Terminal – Level 3 (pre-security)
Exhibition Description:
Unique among the airlines of the world, Civil Air transport (CAT) operated against a backdrop of great political transition in China and throughout Asia from its formation in 1946 to its demise in 1968. The company and its remarkable personnel were at the center of much of the regions’ major historical events as they boldly  defined the power and influence of air transport in the post-WWII era. Through historic photographs and original artifacts, the exhibition looks at the arc of CAT from the origins of air service on mainland China, its fleet and early non-scheduled cargo flying and allegiances during China’s civil war, to its dramatic relocation to Taiwan, and its simultaneous development into an international carrier and use as a covert operating  division of the United States Central Intelligence Agency.

The Wall That Heals

Traveling Replica of the Veterans Memorial in Washington DC will be at the University of Texas at Dallas.  The Wall That Heals honors all who served during the Vietnam War.

The University of Texas at Dallas (UT Dallas) displayed The Wall for four days and nights around the clock beginning sometime on Wednesday evening, November 19 through Sunday noon, November 23, 2014.  The Wall also has a traveling visitors center which provides an excellent history of the American men and women who served in Vietnam.

There was a public ceremony at 10:00am on Friday, November 21 (RSVP required): www.utdallas.edu/evites/wall/

The Legend of CNAC
At the San Francisco Airport Museum

The exhibit was on view at SFO’s International Terminal, Departures, Level 3, Pre-Security.  The show ran until February 6, 2015. 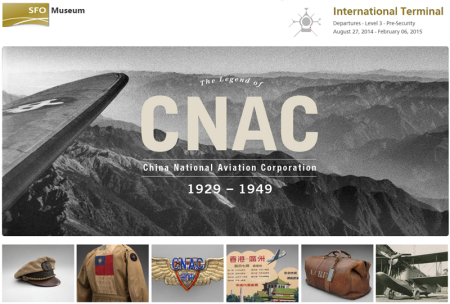 CAT Reunion 2022 in Reno, NV was so much fun – you can read about it in our next Bullein.

Due to the high cost of printing and postage, the Bulletin has been delivered electronically via an eNewsletter.  However, thanks to a very generous supporter, hardcopies are being sent to all members until further notice.  Please contact us at catassociation@gmail.com with any questions or concerns.  Thank you!